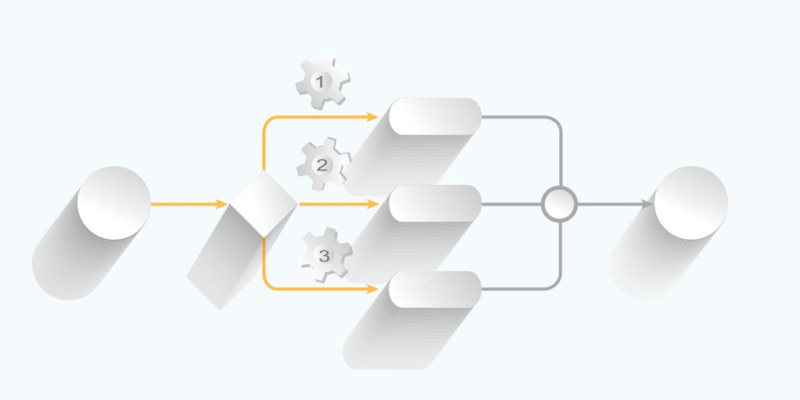 With many different business units working to migrate to a centralized website hosted on IBM Cloud infrastructure, this Fortune 50 enterprise had a lot of simultaneous activity writing code to a shared GitHub repository. Project managers needed a systems integration testing solution to test discrete chunks of code, and then test incrementally while conducting cross-team integration testing. Tugboat provides that with on-demand staging environments.

In a given moment, many different teams could be deploying to this Fortune 50 organization website’s shared GitHub repository, performing both major and minor pieces of work. Examples of these discrete feature branches include:

These features are all being developed in silos, making it difficult to test across teams. Without comprehensive cross-team testing prior to merging code during the one-week testing window, the opportunity to introduce breaking changes is high, and the window in which to fix them or pull code from a release is short.

Tugboat’s ability to spin up on-demand environments gives teams the opportunity to test code not only in discrete pieces of work prior to merging into the larger code base, but also against features being developed by other teams prior to merging into a release branch. Here’s how it works:

With Tugboat in place, teams can spin up environments on-demand to test all of these permutations sequentially or concurrently; without the constraints imposed by a single development environment.

Because this workflow leverages Tugboat’s basic functionality, but in a slightly different way than the existing Cloud team’s workflow, the only changes required to support cross-team testing were process-based.

The ability to identify bugs across silos means that teams can correct issues incrementally, and therefore faster. It also gives teams confidence when going into the week-long release testing window that the cross-team aspect of the code is unlikely to introduce any new bugs or regressions, as it has already been tested with the code from other teams prior to deployment. That lets the QA team focus on testing against production data during this time- and resource-constrained window.